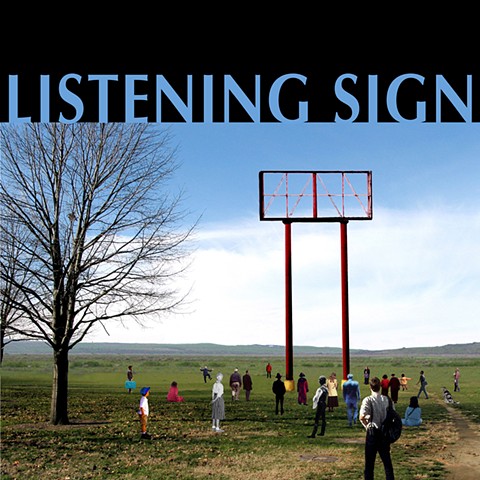 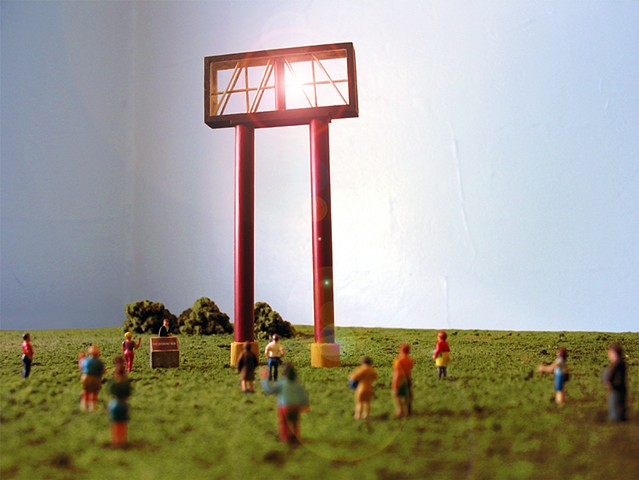 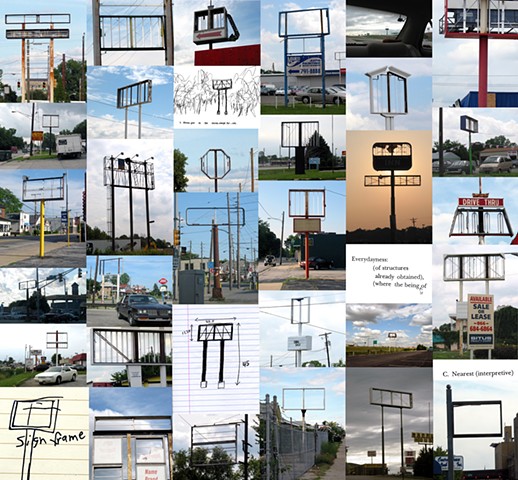 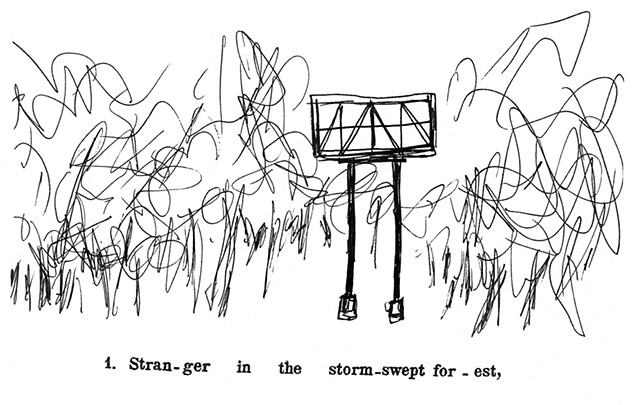 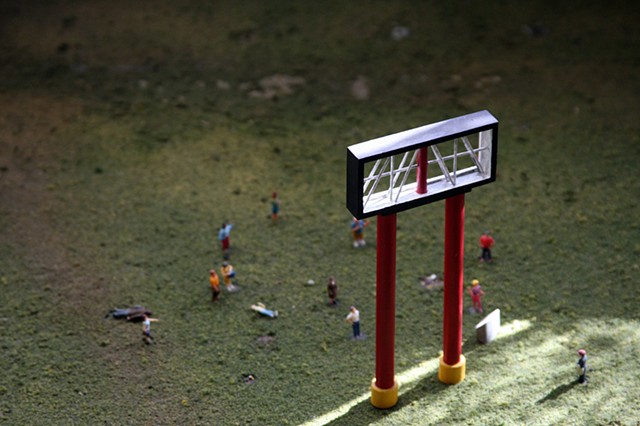 The empty sign structure is rapidly populating the urban and rural horizon across the entire United States. I perceive it as a symbol of an economy, culture, and the human spirit in a state of decline. This structure is more than likely not something that we typically would or have tried to appreciate. It stands in a seemingly proud manner; it has outlived that which it once stood for– it once had a job to do and now it is left only for reflection. Based on the concept of recontextualization, the Listening Sign is a ready made work of art intended for exhibit in the context of a sculpture park or wooded setting where it can be seen in a new light. It is a tongue in cheek post apocalyptic view of the world. In a serene wooded setting the Listening Sign is intended to create a space for contemplation. Such a sign says a lot by not saying anything– it now stands as a listener, metaphysically speaking.